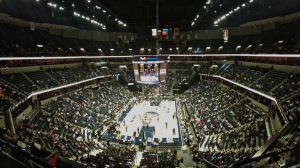 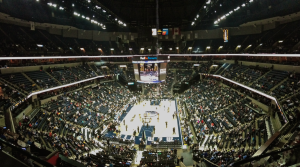 There are a couple of points one should take away from the final preseason game on October 24th against the Heat:

As anticipated, Zach Randolph, Marc Gasol, Mike Conley, and Tony Allen started; Courtney Lee was also in the line-up, despite his minor ankle injury from the game against the Mavs on the 20th. He came through for the team, with 20 minutes on the court and 5 points. The leading scorer was Jon Leuer, fondly known by many as Jonny Badger, with 21 points during his 25 played minutes. This isn’t a surprise because he’s been delivering consistently every time he’s been on the court during this preseason stretch. I may sound redundant, but it certainly is “Mi-Leuer time” this season.

I promise that’s the last time I’ll use that cheesy line in this blog.

Vinsanity also came through for the Grizzlies, as anticipated. Vince Carter scored 13 points with 22 minutes on the court. His hustle is undoubtably impressive. He made all 3 of his attempted three-pointers. The Grizzlies need someone who can shoot 3s, and they have that in Vince Carter.

Unsurprisingly, Tayshaun Prince was virtually absent in the game. He played for 6 minutes, attempted to shoot once, and missed.

The 2nd quarter had the most action, with a dramatic fall by Tony Allen and an indifferent Erik Spoelstra who helped him up. More interesting was the Zach Randolph and Shawne Williams double-technical foul, with Williams receiving an additional personal foul. Randolph wasn’t interested in playing around (let’s not forget his push-ups from the game against the Cavaliers on the 22nd). At the end of the 2nd, the Grizzlies made 43% of their attempted field goals and 85% of their free throws. The free throw gods were smiling upon the Grizz for the first half. The statistic seemed promising for a moment. Meanwhile, the Heat made an impressive 85% of their shots and 100% of their free throws at the half.
It would be a disservice to not mention the dynamic, aggressive Dwayne Wade/Chris Bosh partnership that made a lot of people wonder, “LeBron who?” Despite their former star’s absence, the team had an impressive momentum that allowed them to make 54% of their FGs; the Grizz fell short, making only 43% of theirs.

It’s in the past now. Preseason is over. Next up is the real deal. We hope to see you all at the Grindhouse for the regular season home opener against the Timberwolves on October 29th.