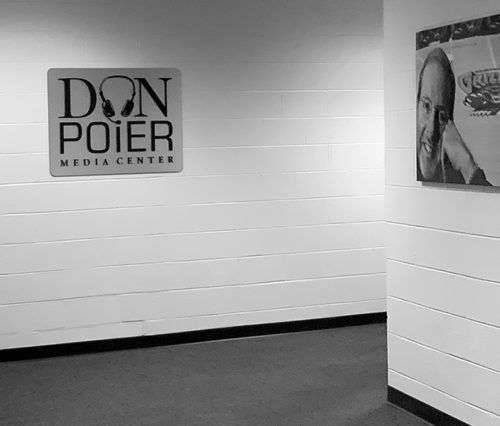 The Grizzlies held their annual preseason media day on Monday, September 30th, and I was fortunate enough to be in attendance representing All Heart for the 4th year in a row. Here are a few assorted thoughts.

This team is going to be very different than the Grizzlies teams we have experienced in years past. By this I don’t just mean the notable absence of familiar faces Marc Gasol and Mike Conley, although that is certainly going to be an adjustment.

From the front office to the coaching staff to the guys on the roster, this summer brought about a lot of changes. It might be the first genuine rebuild our franchise has seen, and for once we have a lot of exciting young players hungry to prove they belong in the league.

Throw in a couple of vets committed to the long-term vision and a probable trade piece in the mix, and you get a squad that isn’t contending (yet) but should still be a lot of fun to watch.

The Kids Are Alright

See below. Need I say more? Jaren and Ja are the buddy basketball duo that we deserve.

Grayson Allen knows he’s coming in with a reputation

Also he feels a bit misunderstood.

Tyus Jones is all in on the Grizzlies, the Tigers, Penny Hardaway, and errrything Memphis.

And I am HERE FOR IT. Full disclosure: Out of everyone not named Ja, Jaren, or Brandon, Tyus Jones might be the player I am most excited to watch this season.

The Grizzlies have a Plumlee.

Miles, to be exact. Maybe this isn’t a surprise to anyone else and I have just been living under a rock?

Brandon Clarke is ready to play wherever the Grizzlies need him.

Clarke said he would normally consider himself a 4, but can play at the 5 and some at the 3 as well. Just based on his Summer League performance alone, I am genuinely excited to see Clarke in a Grizzlies uniform.

Dillon Brooks wants everyone to know that visits to Memphis won’t translate into easy victories.

I have very high hopes for Brooks this season, provided he can steer clear of the injury bug that has bitten him in the past.

Dillon Brooks talks about the upcoming season- says coming to Memphis is not going to be a cakewalk for teams this year. pic.twitter.com/o0eFTR1Aj5

Jae Crowder is going to become a fan favorite.

This is a personal prediction, but one I stand behind strongly.