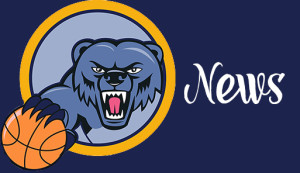 Multiple sources are reporting the additions of Nick Van Exel and J.B. Bickerstaff to the Grizzlies coaching staff. Bickerstaff spent the majority of the season as the Houston Rockets interim head coach, while Van Exel has spent the past season as head coach of the Texas Legends, of the NBA Developmental League.

From Adrian Wojnarowski of The Vertical, regarding Bickerstaff:

Sources: Memphis has reached agreement with JB Bickerstaff as associate head coach. Lakers were among teams pursuing him.

I'm told that David Fizdale is putting together his staff – first hire know of… Nick Van Exel !!! Could be great for Conley.

As has ESPN’s Marc Stein:

While the rest of the NBA world is watching the Warriors and the Cavaliers battle it out in the Finals, and/or waiting for the draft, the Memphis Grizzlies front office is making moves to surround new head coach David Fizdale with a talented support staff.

This seems to reflect Fizdale’s stated intentions during his introductory press conference, paraphrased below in a tweet from Grizzlies beat writer Ronald Tillery:

And so it begins: the Fizdale era.