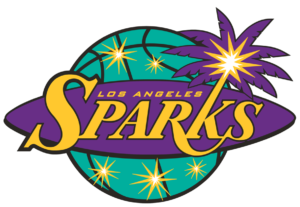 Yesterday’s both the New York Liberty and the Los Angeles Sparks looked to enter the win column, and more importantly, find a groove more reminiscent of the storied history of two of the eight founding WNBA teams. Both teams entered the match 2-2 for the season. After a back-and-forth with the Los Angeles Sparks, the Liberty fell short in the fourth quarter in Tuesday’s home game.

Tina Charles got the Liberty off to a fast start, scoring all eleven Liberty points in the first five minutes of the game. She knocked down 19 of her 25 points in the first half alone.  The game remained close through the 3rd quarter, the Liberty were down by two in a game that featured 12 lead changes and no lead larger than 9 points (Sparks).

However, the momentum quickly shifted in the fourth quarter in favor of the Sparks. Despite the victory, the Sparks were not pleased with their performance, “We got to get better. We’ve got to play together, we’ve got to practice together” said head coach Brian Agler.

The Sparks will look to be more disciplined moving forward. Fouls were at a premium in Tuesday night’s game, and Agler expects his team to make smarter decisions, “For example, we were in a timeout, we weren’t in the bonus yet we said, ‘Look. We got four fouls. Next foul, they shoot free throws.’ So what do we do? Three or four times in a row, we just make reaching fouls that puts them at the free throw lines.” The Sparks committed 18 personal fouls for 12 free throws.  However, the Liberty only managed to capitalize 50% of the time from the line.

“Give LA credit, they [made] all the plays in the second half and we didn’t,” said Liberty head coach Bill Laimbeer to open his postgame press conference. The Sparks posted half of their 14 second chance points in the fourth quarter. For the second game in a row, the Liberty were limited to 11 points in the final ten minutes of the contest. “We’re not gonna win basketball games like that,” said Laimbeer.

Again Tina Charles came up big for the Liberty, posting a game high 25 points. Epiphany Prince added 21 points, but the New York bench only converted for 12 points – matching Sparks guard Riquna Williams’ total for the night.  Productivity from other members of the Liberty will be crucial given that Prince and Kia Vaughn will depart for the 2017 FIBA Eurobasket Tournament.

With three key players out (including Brittany Boyd – torn achillies), other players will have to step up.  Second round draft pick Lindsay Allen will be activated this week for New York. In addition to the rookie from Notre Dame, players like Kiah Stokes, Amanda Zahui B., and Nayo Raincock-Ekunwe will inherit more responsibility.

Laimbeer wants Allen and his other guards to find the frontcourt players earlier. Starting center Kiah Stokes scored no points in Tuesday’s contest.  Excluding Charles, post players only contributed 10 points for New York.  Canadian Raincock-Ekunwe did well to earn five buckets.  The Olympian added 4 rebounds in her 13 minutes of play. Her aggressive style of play won possessions for her team, and challenged the Sparks.  Her ability to adapt quickly to the WNBA will be important for New York late in the season.

"You've got to show them what you got" Sugar Rodgers thinks it's time for rookies to step up. pic.twitter.com/fP3OkoPVSc

Moving forward, the Liberty will need the rookie to convert on her free throws and shots in the paint. Zahui B. had limited time against the Sparks, but will likely increase her minutes with Vaughn gone.  The Russian League Forward of the Year had a breakthrough season overseas. The Liberty will need her to continue elevating her game to snap their current skid.

In the end, the Liberty will need to figure out a way to make adjustments together, “it isn’t gonna be one person saving us, or one person making us fail,”  said Laimbeer, “this is a collective group of coaches and players that have to stick together and get through this.”

The Liberty host the Dallas Wings (4-3) on Friday at Madison Square Garden.