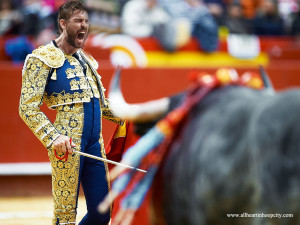 Grizzlies Gore the Bulls in Chicago

Memphis (38-30) traveled to the Windy City on Wednesday night to take on the Chicago Bulls (32-36). The Grizz were looking for their 2nd straight win following 5 rather disheartening losses. Memphis was able to come away with the win behind big performances from Grizz staples Marc Gasol and Mike Conley.

*Mike Conley led the way for the Grizz with 27 points (8-12, 5-8 from beyond the arc), was a perfect 6-6 from the charity stripe, and still had the time to grab 9 boards, 1 steal, and dish out 7 assists. Conley was the perfect Conductor last night, distributing the ball and out-dueling his Bulls counterpart Rajon Rondo at every turn.

Our Conductor was doing what he does best last night & helped direct us to a victory! pic.twitter.com/8oK8x9yvAC

*Marc Gasol showed his All-Star chops with a cool 27 points (10-21, 3-6 from 3), was 4-5 from the line, had 6 rebounds, 1 blocked shot, and 7 assists. Gasol lamented the fact that the team wasn’t on the same page in consistency during the losing streak. After the win in Chicago, he was pleased with the way the defense showed up and trust in each other his teammates were displaying.

.@marcgasol dominated the 2nd half last night & led the squad to a W with 27pts, 6reb, 7ast & 1 blk! #GasolStar pic.twitter.com/s4edulHWgg

*Jimmy Butler had 14 points and 7 boards.

*Nikola Mirotic off the bench ended with 14, was 3-8 from beyond the arc, and had a game high 2 blocks.

*Every Bulls starter was a negative +/- on the night.

*Dwyane Wade left the game early in the 4th quarter with an apparent elbow injury after a collision when going for a rebound. He did not return and ended the game with 8 points. Word came out today that Wade is out for the rest of the regular season with an elbow fracture.

Bulls say Dwyane Wade has a small fracture in his elbow. Needs surgery, out for the regular season, possible for playoffs if Bulls make them https://t.co/WOIXNfwx4n

*The Grizz played with heart. Grizz fans were pleased with the overall effort the team put forth.

Excellent effort! Which is all GrizzNation ever asks for. Play with heart every single game!

I'm a fan of these rotations

How fun are the new Grizzlies?

They just broke the franchise record for most 3's in a season with 14 games still left to play.

With their 5th 3-pointer tonight, the @memgrizz have made 621 threes this season, surpassing the single-season record of 620 set in 2007-08.

*JaMychal Green only had 4 points, but his hustle was real!

*The media was also appreciative of the Grizzlies effort.

It is really fun to watch Conley and Gasol cook.

Big W for our Grizzzzz! Nice job at the end when it got close in the 3rd n 4th. pic.twitter.com/dpvJANWehH

*Defense. Who knew that would work?

"It's always going to be defense."@MarcGasol on the key to the @memgrizz victory over the Bulls. #GrindCity pic.twitter.com/Uk4G1RbEQ0

I found it interesting that the Grizzlies only forced 5 Bulls turnovers. Not as much gambling, simply much more solid defense. Esp. inside.

*Just in case you forgot…

*This game had it all.

Dunks, clutch 3-pointers, crossovers…last night's road win vs the Bulls had it all. #GrindCity pic.twitter.com/2uhaB0io25

Memphis takes on the Hawks in Atlanta tonight. When these two teams met last week, the Hawks walked out of the Grindhouse with a 107-90 victory behind 17 points from Taurean Prince, 16 each from Paul Millsap and Dennis Schroder, and 15 from Kent Bazemore. These teams have been on different trajectories since that game. The Grizz have won their last 2 contests while Atlanta was battered by the Spurs on Monday 99-107. The Hawks have not played since Monday, so they should be well rested and looking to sweep the season series with Memphis. Dwight Howard was missing for the last contest in Memphis, so the Grizzlies have to prepare for his presence in the paint. Memphis also must keep role players contained (looking at you Prince). Did I mention defense? Yeah let’s do that please.

Who: Memphis Grizzlies vs Atlanta Hawks