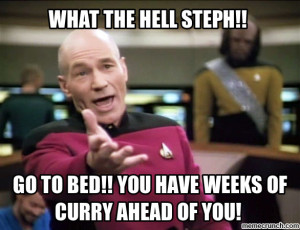 On the heels of a tough road trip and the prior meeting resulting in a 50 point loss the Memphis Grizzlies faced off tonight against the Golden State Warriors. Heading into the game the Warriors were hoping to capture a 4-0 road start for the third time in franchise history. The Memphis Grizzlies were heading into the game hoping to redeem themselves from the game that sent everyone into a frenzy of speculation and panic. They would do so in front of a sell out crowd at the FedEx Forum.

The Grizzlies started the game shooting 50%. Tony Allen was your leading scorer. He scored 7 points on 67% shooting, his only miss coming at the 3-point line. Then Allen took himself out of the game and Matt Barnes came in. The Grizzlies would go on to be outscored 15-6 and finish the 1st quarter down by 11. Sitting there watching the game, after that kind of quarter it was hard to not think that tonight was going to be a long night.

The Warriors were able to stretch their lead to as many as 15 points but the Grizzlies started to chip away at the score. By the end of the half they found their way back into the game. Marc Gasol started to aggressively attack the paint. It didn’t matter how many bodies were crowding the paint, he went in anyway. And it worked. Gasol would head to the free throw line 10 times in the 2nd quarter. All of the sudden our beloved center who had been looking a bit like a shell of himself was back. The team was firing on all cylinders defensively. They held the Warriors to 38.9% and Steph Curry finished the first half 3/9, making only 1 of his 5 3-pointers. The Grizzlies were determined to not let him score and to not let this game run away from them. Behind their Center the Memphis Grizzlies would finish the first half of the game only down by 6.

The Grizzlies defense would continue to reign in the 3rd quarter of the game and it kept them in the game. The Grizzlies brought the game within 1 with 3:37 left despite their abysmal shooting percentage. With every contested shot, forced turnover and defensive rebound the crowd in the FedEx Forum got more excited. When Draymond Green was handed a technical after his frustrations got the best of him the place went wild. Based on the atmosphere and hearty “Ref You Suck” chant you would have thought it was a playoff game. In truth it was just as important of a game. Tonight’s game meant something to this team and to the fans of this team. 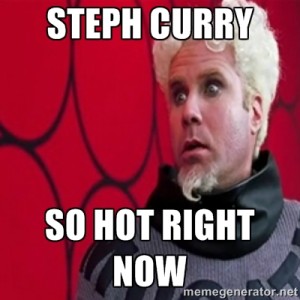 Then Steph Curry happened. As he does in most Warriors games. The Warriors would finish the 3rd on a 14-5 run. Curry scored 10 of those 14 points and shot 80% in the last three minutes of the 3rd. I know we are Grizzlies fans but if you like basketball at all, you can’t help but watch this shot with your mouth hanging wide open.

Steph Curry are you kidding me? https://t.co/1fP2PWRd25

I won’t torture you any further by posting the 3-pointer he nailed at the buzzer. Frankly, I can’t risk any PTSD occurring from the playoffs last year. What there is left to say is that the game changed. The Warriors stepped up another notch. While the Grizzlies still worked defensively they could not stop them. The Warriors lead started to pull away and then it never looked back. The final buzzer would sound with a score of 100-84. Golden State would win again and move to 9-0 on the season. Ok so what did we learn tonight? The Grizzlies can still play defense: Ok, so yeah, the Warriors shot 48% on the night and hit 11 3’s. They also turned the ball over 23 times. We all saw how the defense was showing out at the half and in the first part of the 3rd quarter. The Grizzlies had the Warriors offense rattled. The Warriors had 9 turnovers in the first 9 minutes of the 3rd, 7 of them coming from bad passes. For the majority of the first 7 games of the season that high powered defense was missing. These last two games it seems to be back. JaMychal Green can do the hustle: So if you are into numbers JaMychal Green did not have that great of a night. Just looking at him on paper he was the least efficient guy on the roster. That said he was the highest scorer off the bench. He shot 75%. He was 1 point and 1 rebound away from a double-double. So yes, his 3 turnovers cost us but the young guy got minutes. He used those minutes to prove that he deserves more. Let’s not forget his monster block on Steph Curry.

JaMychal Green is making it a habit to make these kind of plays. That is, without a doubt, encouraging to see.

Marc Gasol can shoot free-throws (and make the occasional 3):
“You gotta work your ass off.” Hands down this is my favorite quote on the night from Gasol. Marc Gasol worked his ass off in the 2nd quarter and was the spark that lifted the Grizzlies back into the game. He demonstrated leadership and the will to win. He was aggressive and let his body take a beating. He finished the night 13/14 from the free throw line. He hit a beautiful 3-point shot that felt like a breath of fresh air. I have been hard on Gasol but tonight I started to see glimpses of “Wendigo” make his way back into the line-up. If Gasol can continue to lead the team aggressively I believe that our offense can catch it’s second wind. He was the team’s leading scorer with 26 points.

Tony Allen left open can have a good game (let’s just enjoy this game for what it is in a vacuum):
I know, I know. We all cringe when Tony Allen gets the pass to make a shot. He’s usually wide open. He’s wide open for a reason. For the most part Tony Allen makes his presence known defensively rather than offensively. This game was a fun reminder that he can can have a very good game when he’s left open. Allen shot 71.4% on the night. He scored 15 points and worked hard for the Grizzlies.

Memphis must find a way to be present offensively:
Our backcourt went for 2/19. 2/19!!! When Courtney Lee geared up to do his post game interview in the locker room at 10:09 pm he said that Mike Conley was still in the gym shooting. The brutal schedule that this team has started the season with has done one thing for certain: made it very clear we MUST find a way to be more dominate offensively. Maybe dominate isn’t even the right word. Hell, we just have to make baskets. Shooting 34.3% is not going to cut it in the NBA. It doesn’t matter how good your defense is. It was encouraging tonight that the team was getting plenty of open looks on the floor. The shots just weren’t falling. Courtney Lee summed it up pretty effectively though. “My role is to make shots and when I don’t do that, I let my team down.”

The Grizzlies must improve their communication:
All the guys hit on it in the locker room. There is an obvious communication issue. They are have to figure something out. Guys are in the wrong place at the wrong time. As Gasol pointed out post game here the Grizzlies are not a team that can make mistakes, especially against a Golden State team that has a lot of “fire power”. There were many times tonight that a botched pass, a miscommunication on defense or an all-out unawareness of one another hurt the team. Our roster changed. When a roster changes, there are growing pains. Right now, I believe we are seeing just that. Communication is learned, not instant. Once we can get that down the chemistry will come.

The Law of Averages must work at some point:
Joerger mentioned it in his post game interview. Eventually you have to hope that the Grizzlies get back to what has been their average performance over the last 5 years. That Matt Barnes finds a way to average his over 30% 3-point shooting. That Mike Conley gets back to his 44% FG shooting. I keep reminding myself and am going to remind you, we are only 9 games in. That’s the beauty of numbers, the smaller the sample size the more drastic you can make them look. So let’s hope that some good old math kicks in and the law of averages starts working in our favor.

Steph Curry desperately wants someone to ask him to “Take Me to Your Leader”:
Curry is ridiculous. Fine, he’s beyond ridiculous. He doesn’t even make sense. Right now he’s shooting 53.5% from the field and 47.1% from beyond the arc. After tonight his average PPG will be 31.8. I don’t need to replay the vine above, you can go look again if you want. I have to give the guy props. He goes out on that court and he is ready to play. He will carry his team on his back. My point is, I am going to start a rumor that he is an alien. It’s totally legit. (Jokes people)

The overall consensus of our guys is that it’s still early in the season. They all are aware that things are going wrong and they want to fix it. Across the entire locker room the message was the same. This is when these guys will see what they are made of. They are glad it’s happening now and not in the playoffs. Above all: they DO NOT want to keep losing.

For now, let’s continue to be encouraged by the fact that at least the Grizzlies are starting to look a little more like the Grizzlies.

Catch the rest of the postgame locker room footage. It’s worth watching.

Next up for the Memphis Grizzlies are the Portland Trailblazers at home on Friday night. Until then, keep on grinding.