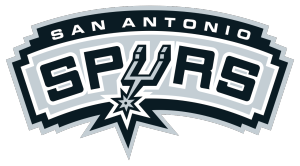 Fielding the Opposition: Spurs at Grizzlies

In the last five years the San Antonio Spurs and Memphis Grizzlies have engaged in some historic battles.  Most notably, they traded haymakers in the first round of the 2011 playoffs, when the Grizzlies became just the second eighth seed to knock off a number one seed in a best-of-seven first round, and the 2013 Western Conference Finals, when the Spurs completed the first sweep of a conference final in ten years.

Tim Duncan, Manu Ginobili, and Tony Parker, along with Mike Conley, Marc Gasol and Zach Randolph, all figured prominently in these meetings.  When the Spurs visit the Grindhouse Monday night, it is possible that none of them will take the court.

The Grizzlies, with Conley and Gasol out for the foreseeable future and Randolph listed as day-to-day at the time of this writing, have been snakebit by injury.  The Spurs will play without a full deck for a different reason.

March 25, coincidentally the last time these two teams met, marked a shift in the Spurs’ season.  With the two seed sewn up, Gregg Popovich has complete freedom to rest veterans and season young players as the regular season winds down.

Last Friday night Popovich held out Danny Green, Boris Diaw and Patty Mills for rest in addition to Kawhi Leonard, who was out with a quad contusion.  The following night in Oklahoma City, he rested four of his starting five plus sixth man Ginobili.

Ginobili, Duncan and Parker did not even make the trip to OKC or Memphis.  LaMarcus Aldridge was also not with the team but is expected to join them Monday.  Leonard remains out.

Despite the number of prominent absentees, Monday night’s matchup promises to be hard fought and not without meaning.  Their meeting just three days ago serves as proof.  Then the Grizzlies overcame an early 17-point deficit to pull within two in the fourth quarter.  They fell by just six in the final margin after the Spurs hit three consecutive three-pointers to pull out of reach.

With nine games remaining, the Grizzlies hold a four game lead (in the loss column) over the Blazers for the fifth seed in the West.  Through disheartening injuries and a revolving door of new signees, they have fought admirably to hold on to that position, and will go after Monday’s game with everything they have.

While the overall result of each game—win or loss—has become relatively unimportant to the Spurs, their desire to execute and continue to improve their play as the postseason approaches remains strong.  Furthermore, the team’s younger players will be playing to prove Popovich can trust them in the playoffs if the need arises.

Keys to the Game:

1) Defense: Even though the Spurs were without their two best perimeter defenders—Leonard and Green—in the last meeting, they were not satisfied with their performance on the defensive end.  The short-handed Grizzlies scored 104 against the Spurs on Friday night, marking just the 17th time the Spurs allowed 100+ through 72 games.  While they will still be without two of their most important players on that side of the floor in Leonard and Duncan, the Spurs will be looking to improve their play on defense.

2) Feed the big dog: LaMarcus Aldridge led the Spurs with 32 points, 12 rebounds, two steals and three blocked shots on Friday night.  As he returns to the lineup, the Spurs should continue to look for the All-Star early and often.  The more comfortable and confident he is going into his first postseason as a Spur, the better.  And if Chris Andersen is the primary defender for LA again, it will be tough for the Grizzlies to slow him.

3) Youth movement: Guys like Kyle Anderson, Jonathon Simmons and Boban Marjanovic will likely see a fair amount of playing time tonight.  It’s important that they play within themselves, stay aggressive, and execute the gameplan.

4) Continue integrating the new vets: resting so many of the usual suspects gives Popovich the perfect opportunity to continue to get Andre Miller and Kevin Martin up to speed.  They were brought in to have an impact in the playoffs so every minute of experience with the team matters.

5) Keep moving forward: No matter who is on the floor, the Spurs need to pay attention to detail and continue to move in the right direction with playoffs looming.  After the Grizzlies’ last visit to San Antonio, Ginobili noted, “We want to improve every game, and today we didn’t.”   As the Grizzlies themselves prove, playing without the full complement of talent is no excuse for a let down in focus or effort.  The Spurs need to avoid developing bad habits and continue to try to become the best team they can be, one play at a time.