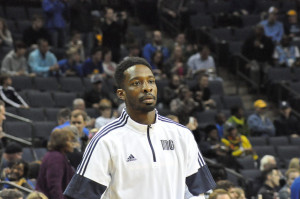 The Grizzlies are coming off two back to back disappointing and horrible losses at home in the Grindhouse against the Cleveland Cavaliers and the Golden State Warriors. Tonight, the Grizzlies (50-23) will be in San Antonio to face the Spurs (46-26). It was an epic game in their last outing that went to triple OT. It will go down as one of the greatest wins in Grizz history. Check out the highlights:

Grizzlies and Spurs Battle it Out in Triple-OT:

Things just doesn’t get any easier for the Grizzlies. Will they bounce back or will they fold to the overwhelming pressure?

This will be a tough outing for the Grizzlies especially since their confidence is wavering. The Spurs is the one team that has consistently given the Grizzlies headaches. The Grizzlies hold a 2-1 lead in the season series. Will the Spurs dominance against them continue tonight in San Antonio again?

The Grizzlies must be ready for a battle against the Spurs. Another blowout loss will leave a bad taste in the mouth of both players and fans. The Spurs have been on a mission in the second half of the season and will not let up against the Grizzlies.

This time last year, the Grizzlies were fighting to make the playoffs. This year with a playoffs birth already clinched, they’re going to be in a fight for the Southwest Division title. The Rockets are right on their heels.

Marc Gasol and Zach Randolph must be that dominating force again. The Smash Brothers have to get on the same page in order for this team to prove they belong as one of the best in the West. Fans know how good they are. It is up to them to accept how good they are and how much better they can become.

Mike Conley is frustrated and he has the right to be. In the last game against the Warriors, he was the only starter that had that fight in him. He literally tried to will this team to victory. As I’ve said before, the Grizzlies can’t win when Marc goes 4/10, Zbo goes 4/10 and Courtney Lee goes 1/6. Mike Conley can’t do it on his own.

Again, Courtney Lee needs to become the offensive assassin he once was at the beginning of the season. He has all but disappeared. He has no confidence in his shot. The Grizzlies need for him to be a 3 pt threat. He has been playing good defense but the this team needs him to be an offensive weapon. If he can’t get it together, maybe he need to be benched and the Nick Calathes or Jordan Adams could get more playing time.

Jeff Green has be phenomenal as of late. He just need to continue to have the confidence to get to the basket and make good plays on both ends of the floor. He doesn’t have the responsibility of being the number one guy on offense but he brings so much more to the table for this team. The more comfortable he becomes, the better he will be.

The Grizzlies struggles lies from within each of the players. This is a different team from the beginning of the season. It is too late in the season to regress. All the remaining games going forward are a must wins for this team, if they want to remain division leaders. It will be good to have a division banner at the Grindhouse. More importantly, a championship banner will be even better. Fans need to see the cohesiveness and confidence we know this team has within. Most Grizzlies fans still believe in this team. But do they believe in themselves? All we want is the return of All Heart, Grit..Grind!! Do they still have that grind in them?

Update: Tony Allen is out tonight against the Spurs with a hamstring injury.