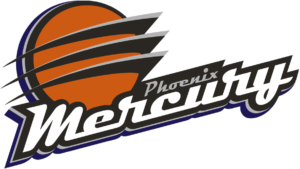 The Phoenix Mercury beat the Seattle Storm 85-82 on Friday night. Brittney Griner and Diana Taurasi combined for 50 of the Mercury’s 85 points. The duo finished with 25 points collectively. Griner was dominant inside (9 of 14) and the WNBA’s all-time leading scorer Taurasi dominated from the perimeter by connecting on 6 of 17 from three.

The @PhoenixMercury top the @seattlestorm 85-82 behind 25 point games from their stars @brittneygriner and @DianaTaurasi! pic.twitter.com/ZTmpbjoltd

Speaking of Griner, she converted on her ninth career dunk. Griner has three more dunks than all the other players in WNBA history combined. “I was more worried about the game with the loss we came off of and everything we’d been working on in practice then translating it to the game,” Briner said about her dunk. “That’s our thing – we’ll have good practices then not translate it, but we did that today. We have to keep doing that. The dunk was just a dunk. It was good, I guess. Everybody else likes it. (My teammates) love it.”

Breanna Stewart led the Storm with 21 points and eight boards. This was her second consecutive game with with 20 plus points. Jewel Loyd finished with 18 points and six assists on the night. Loyd scored 14 of her 18 points in the second half. After the game, Loyd said, “I just wanted to win. Trying to get something going trying to get some energy for us. We came up a little short, but I just tried to get some energy.”

Crystal Langhorne chipped in 16 points on 8-for-13 shooting while Sue Bird added 14 points and eight assists. “I think the story of the game is just that we didn’t have a good first half, put ourselves in a little bit of a hole,” said Bird. “They’re a team that has been up and down a little bit offensively but if you’re soft, and you’re letting teams get going offensively, and they get on a roll, any team in this league can score. So obviously 50 points in the first half is really the story of the entire game.”

The Mercury will host the Lynx on Friday, June 30th at the Talking Stick Resort Arena. Tip-off: 10 pm EST.

The Storm will travel to Connecticut to face the Sun at the Mohegan Sun Arena on Thursday, June 29th. Game time: 8pm EST.