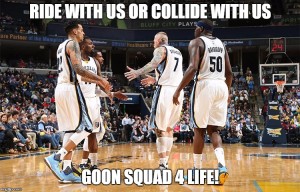 Z-Bo gives the Jazz the blues on Beale Street

The game started off slow for the Grizzlies and it seemed as the Jazz had their number again. The Grizzlies were down 24-10. Then enters the bench unit lead by Mario Chalmers and Lance Stephenson. They moved the ball well and made opened shots and helped the Grizzlies get back in the game and eventually win it.

Zach Randolph finished with a game high 25 points (9-of-18) and grabbed 8 rebounds. 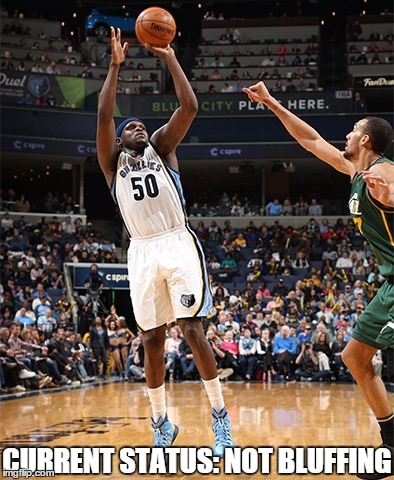 Lance Stephenson added 16 points (8-of-11) and five rebounds off the bench. 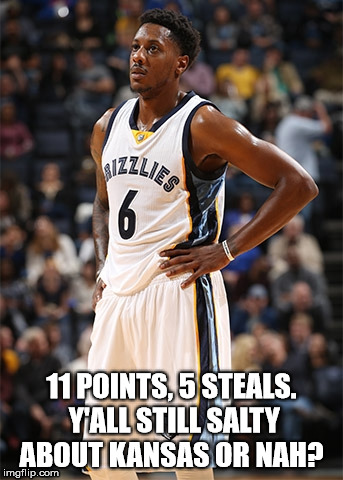 Derrick Favors chipped in 14 points (7-of-17) and three rebounds.

Shelvin Mack added 12 points (4-of-9), eight assists, five rebounds and two steals.
Rudy Gobert finished with his 16th double-double of the season. He had 13 points (3-of-5), 18 rebounds and five blocks.

Shoutout to #Grizznation for making the @FedExForum louder than I've heard in a while! #gogrizz pic.twitter.com/nP1KmjJ9vT

1. Grizz Nation really loves Z-Bo!! He’s been coming through for this team since he’s been here.

Being mayor isn't enough. ZBo for Supreme Emperor of Memphis!!!

This guy is our rock. Love you @MacBo50! #Grizzlies pic.twitter.com/Up23Euq6dy

2. The Grizzlies bench is something special. JaMychal Green, Mario Chalmers and Lance Stephenson have that real all heart..grit..grind that we’ve all loved since the Grindfather himself proclaimed it years ago.

Big win tonight! @mchalmers15 @StephensonLance @mrvincecarter15 @Jmyke1 and the rest of the fellas held it down tonight! #GoonSquad #gng

3. When the PA system went out, the fans came through for the home team!!

So about this crowd tonight…we da real MVPs.

Congrats to @MacBo50 on passing Tiny Archibald (16,481 points) for 94th in @NBAHistory for career points scored.

Grizzilla with 10 rebounds, his first double-figure rebound game since 3/31/15 vs San Antonio.

The Grizzlies will host the Phoenix Suns in a early game on Sunday at the Grindhouse. Tip-Off is at 3pm CST. Payback will be on the Grizzlies mind!!