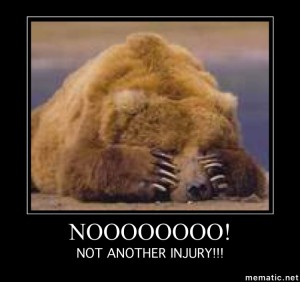 The Grizzlies had a big problem in Houston

The depleted Grizzlies met a hungry Rocket’s team in Houston and it ended badly. The Rockets thumped the Grizzlies 130-81.

This what an ugly game from start to finish. The Grizzlies tried to put up a fight but the Rockets were too much.

Shooting an abysmal 29.7 percent just wasn’t going to cut it. Their inability to score was evident. But this is what is to be expected considering all the key players they’re missing to injury.

Lance Stephenson (wrist) and Vince Carter (leg) both set out this game joining a long list of injured players.

And P.J. Hairston can be added to the list with a groin injury.

Points in the Paint: Grizzlies 42, Rockets 42

Jarell Martin led the Grizzlies as a reserve with a near double double with 17 points and eight rebounds.

Donatas Motiejunas led all scorers with 18 points and six rebounds.

Jason Terry scored 12 points off the bench and was perfect on the night going 4-of-4 from the field with all three pointers.

Well that wasn’t fun at all. But, I really didn’t expect the Grizzlies to win this game. Hopefully, players will start to heal very soon.

For everyone who follows this team, this will be a season we will never forget. This team has really had its share of adversity. They are still sit fifth in the west and are likely playoff bound.

Guys just have to continue to work hard and try to squeak out more improbable wins going forward. At this juncture, we really don’t know how games will turn out going forward.

Per @bball_ref, ALEX "GARBAGE TIME GLASSMASTER" STEPHESON is the 1st player in at least 33 yrs to get 13 Orebs while playing under 28 mins.

The Grizzlies host the Timberwolves on Wednesday night at the FedEx Forum. Tip-Off is at 7PM CST.

Grizzlies fall to Hawks 95-83: The Back to Back Was Just Too Much

Grizzlies fall to Hawks 95-83: The Back to Back Was Just Too Much