Much like the mnemonic device used to help remember the fates of all of Henry the Eighth’s wives, “Divorced, beheaded died, divorced, beheaded, survived”, sealing his wive’s fates non-successively. It’s this very same detail that numerous sports commentators argue, omit the Spurs from a dynasty consideration.San Antonio has never won titles concurrently. Though, nowhere in dictionaries, Webster’s or otherwise is dynasty defined as a back to back occurrence. 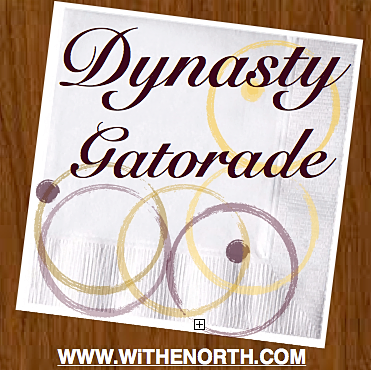 This past July, after the Spurs topped the Heat the newly appointed President of the New York Knicks, Phil Jackson, was asked if the Spurs could be considered as such.

What separates Phil Jackson and Gregg Popovich are four rings, six if you count the two he won as a player, but for the comparison of coaching feats they hold no weight. Jackson is comfy with his legacy of dominance, but, and I’m saying this in all seriousness could he be threatened by Pop’s legacy and what he has been able to accomplish, all those rings, in a small sports market, one without a pre-existing history of success, and no significant superstar draw? Jackson won six with Chicago and five with Los Angeles, 11 in total, making him the winningest coach in NBA playoffs and finals history.

If the Spurs take the 2015 Championship, Pop would have six rings, as many as Jackson won with either team, and in a small market without pre-existing championship success. Coach Popovich is San Antonio Basketball in so much as Phil Jackson is the triangle offense. With that comment, Jackson was able to personally defin  the mandates and necessities of a dynasty, and coincidentally for him, he fit the bill and Pop didn’t.

Pat Riley is the only top tenner still alive to fill a full hand with rings but with Miami and L.A. combined. Riley did lead the Lakers to a back to back titles in 87’ and 88’, but if asked the same question about Riley, would Jackson add another stipulation to his official definition of dynasty thereby eliminating Pat from the running as well, or would he instantly remind us that not all five of Riley’s championships were with the same team.

Last week Coach Popovich was asked to respond to Jackson’s assessment, and as  deadpan as usual, his lighting quick response.

Not one to sensationalize a story, he diffused what could have turned a media worthy game of “he said, she said”. Sports media shrugged it off as being textbook Coach Pop, but I think the comment was entirely twofold. He squashed any any possible war of words story, and he knew he could never win at Phil’s game, because Phil’s game placates Phil.

Jackson, a master at mental manipulation, was able to create a cult-like atmosphere amongst his teams, they all drank the Gatorade, and were spiritually and mentally devoted to his guidance.

With a tall glass of Dynasty Gatorade as Jackson’s bait, just picture him waiving the frosted glass under Pop’s nose, singing his tempting invitation, “Gregg, you want a sip”?

Ers…no, what’s really in a name?

Ers…no, what’s really in a name?