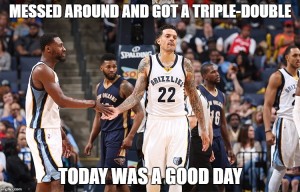 The Memphis Grizzlies faced (39-26) the New Orleans Pelicans (24-10) on Wrestling Night at the Grindhouse. Memphis is a ‘wrasslin’ town and we had a show. Jerry Lawler and XPac put on a show during their wrestling match for the sold out crowd.

Dave Joerger set the tone for the team earlier in the day when he gave away 1500 tickets to GrizzNation through his foundation. Joerger told the team:

“You’re going to go out there and we’re going to play as hard as we can. You’re going to feel the love of this entire city beside.’ They had already sold 17,000 before that. It’s a partnership. There’s so much pride here. Sometimes — not to say you ever take it for granted – but If you’ve been here for a while you know it and it’s just part of our fabric, but sometimes you just need to be reminded. The new guys, they got a taste of it. The Utah game was just off the charts. The sound went out and stuff. For those many reasons, that’s why we did it for them.”

The game started off slow but things changed one Lance Stephenson entered and set the tone for the night. Stephenson said, “A lot of guys have something to prove that are playing right now, so that’s probably the edge we have right now.”

There was no quit in the grit and this shorthanded Grizzlies team went on to defeat the Pelicans 121-114 in OT. For the first time in team history, the Grizzlies swept the Pelicans in the season series.

As a reserve, Lance Stephenson led the Grizzlies with a career high 33 points (12-of-20), seven rebounds, four assists and two steals. Matt Barnes proclaimed in the locker room, “All Hail Born Ready!” 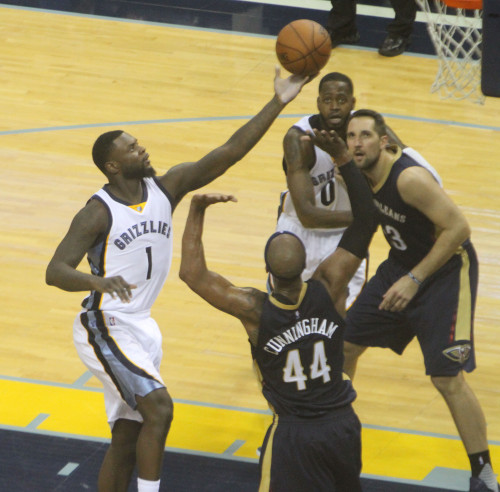 Lance Stephenson records his first ever game with 30 or more Pts in the Grizzlies OT victory. pic.twitter.com/SkWrWWIzBE

JaMychal Green with a career high 21 points (9-of-15) and 10 rebounds. This was his fourth double of the season.

Briante Weber made his NBA debut and his first start by scoring 10 points (4-of-6), seven assists and five rebounds. 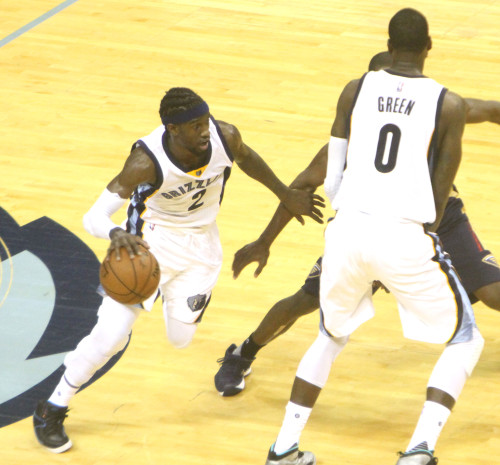 Jrue Holiday led the Pelicans with 34 points (12-of-27), 10 assists and five rebounds with his sixth double double of the year.

Anthony Davis secured his 34th double double of the season with 25 points (9-of-17) and 13 rebounds.

Ryan Anderson off the bench finished with 24 points (8-of-17), 14 rebounds and 2 assists for his eight double double of the season.

Weber to Hollins for the easy dunk! pic.twitter.com/5an7D9GuJC

Looks like the good Lance Stephenson arrived in Memphis https://t.co/WgQkqzRMZG

The Grizzlies started with grit but ended with that all mighty grind. These guys are resilient. This team has suffered so many injuries but they still have found a way to win.

They are playing off pure heart and emotions right now. I feel bad about the injuries that have plagued this team. But somehow, they are still fun to watch.

At one point last night, five guys were on the floor for the Grizzlies that wasn’t with the team last season. That was amazing in itself. These guys went out there and competed.

I don’t know how the Grizzlies will fair for the next month or even if they make the playoffs at this point. But I do know, they will not go down without a fight.

I love this city and I love this team. We will be in this grind together!! #GrindForever 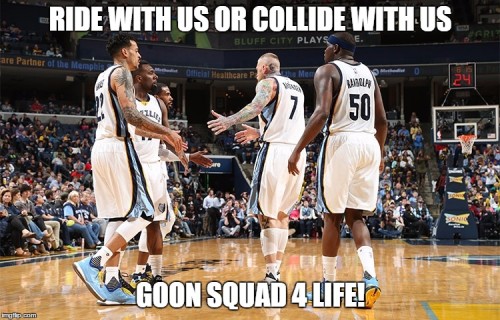 There have been 52 triple-doubles this @NBA season. @Matt_Barnes22 is the only one to do it without committing a turnover.

The Grizzlies travel to Atlanta to take on the Hawks at the Phillips Arena. Tip-Off is at 6:30 PM CST.

The Grizzlies announced that Mike Conley will be out due to an Achilles tendinitis and re-evaluated in 3 to 4 weeks. Chris Andersen aka Grizzilla will be out indefinitely with a partial separated shoulder and will be continued to be evaluated.