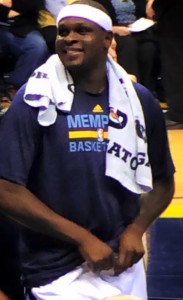 The league just announced that Zach Randolph was to be named Western Conference Player of the Week, for the week of January 26th-February 1st.

After getting snubbed for a reserve spot in the upcoming All-Star game, it’s nice to see some recognition of what Memphis fans have long known: Zach Randolph Can Ball

You can read the official press release here.