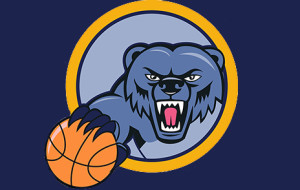 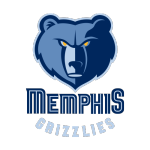 “Our guys are fighting and we keep attacking, keep doing what we can. We got 18 offensive rebounds again. We shot 64 balls in the paint. I’d like to see our free throw numbers get up a little bit but it is what it is.”

“Matt, Vince and Tony have taken on the leadership. We have our four core guys and have for years and years. Matt has just absolutely stepped up. He’s our go-to guy offensively. He struggled a little bit shooting the basketball last night. He did a good job when he came out, was aggressive. He did a nice job at both ends. He and Tony, and we’ll get Vince back hopefully as quickly as we can, and those guys can keep mentoring the young guys. Lance [Stephenson] kind of ran out of gas. He was really good in the first half and the second half he just kind of ran out of gas, and it’s tough. I love our guys and we’ll fight until the end together and we’ll go down swinging and that’s how we go down. We will come and keep coming at you.”

“Well I think Tyler Ennis started getting into the paint and all of a sudden he started getting confidence and they kept running middle pick-and-roll. It is different, we started different. Lance [Stephenson] generally doesn’t play point guards in pick-and-rolls. We just have to keep learning and try to scheme some things. The last time we kind of tried to switch it a little bit because JaMychal [Green] is a good defender and I thought he had another nice game. He is fighting his tail off.”

(On the fourth quarter…)

“I thought [Tyler] Ennis kind of came in and changed the pace of the game. John Henson, his coverage at the rim really bothered everything that we did and bothered our shot, so we weren’t necessarily able to get those looks off at the rim. We weren’t able to get to the foul line. Those two really affected the game with their positive minutes tonight.”

(On the importance of the veteran leadership to this team…)

“We have to be better. We have been there, we have seen it and we have experience. We just have to be better especially at this stage in time. Everyone has to be a star in their role and maybe just do a little bit more each night for us to win. We didn’t do that. We have to be accountable and better and honestly, it starts defensively.”

(On the fourth quarter…)

“They stepped up and made shots, knocked down a couple of jumpers, got a couple of offensive rebounds to give them fresh possessions and that kind of hurt us.”

(On the play of Giannis Antetokounmpo…)

“He is a great player and great athlete. He can get to the lane from the 3-point line. We were trying to pack the lane in on him and force him to shoot. Other players stepped up for them tonight. The bench came in and played well and helped them keep the lead in the fourth.”

(On the Bucks’ bench production…)

“They were like grasshoppers out there, they had energy and spunk. I guess the coach has been holding them back a little bit. I thought they earned the minutes to finish the game. With the foul by John [Henson], [the lead] got down to seven with about three minutes left. I was thinking about bringing back the starters, but at that point I felt like I was going with these guys for the long haul and let them finish the game out because they deserved it. I think the guys on the bench were into the game and cheering those guys on. From top to bottom, this was one of our best wins on the season with the excitement from our starters cheering on our bench, and our bench being able to finish the game.”

“I needed to look at Damien. We have to figure out what he can do as he has become healthy. We have to get him into some games, and I thought there was no better time than early to take a look.  He was great all night, both offensively and defensively.”

(On the defensive effort in the fourth quarter …)

“[It was] energy and effort. When you look at what that second group does, they spend a lot of time together in practice so they know each other and trust each other. I thought being able to see what they did, blocking shots and rebounding the ball and covering for one another and talking, you can see the trust in that second group.”

(On the scuffle with Matt Barnes…)

“We just got into the heat of things, got it going back and forth. It happens. We got the win, that’s all that matters. I’m glad I didn’t hurt my team when I got caught up with my emotions.”

“It felt great, I didn’t know if I was going to get any tonight. But, I had the opportunity and we played with so much energy. I think we were kind of overwhelmed towards the end of the game, especially with all of the young guys.”

(On playing with the second unit…)

(On attacking the rim…)

“I’m just being aggressive. [I’m] more looking to make plays for myself and for others. Not just out there running the sets, but if I have a mismatch Coach has been drawing up plays and telling me where to attack. [I’m] knowing the game a little bit better, [I’m] just getting down and being aggressive.”